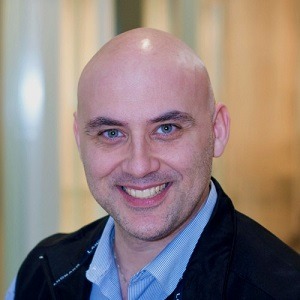 Frank Makrides is the CEO of Tunnel with experience in distributed ledger technology dating back to 2012. Frank’s experiences range from being an early employee of startups like Gamesville.com (acquired by Terra Lycos) to working at Fortune 500 companies (Cisco Systems, BAE Systems). He’s been a project engineer, manager, and project leader for global initiatives for 20+ years. Frank holds patents, has been published and holds PMI’s – Project Management Professional, Lean,  and Six Sigma certifications.

Q:  What makes Tunnel such a unique offering?

A:  Tunnel is the world’s first and only global real-time payment network offering cross-currency payments for free. Tunnel’s mobile app integrates with bank partners. This is a real-time network with 35 Sub Saharan countries and the United States, with many more currency zones coming online in 2020.

A:  Tunnel formed and broke ground on code in Q4, 2017, and incorporated it in 2018. Tunnel closed a seed round of funding in December 2018 and will launch in the US during Q1, 2020.  Tunnel will have established Sub Saharan currency zones online in the Tunnel Network by end of Q2, followed by further expansion into Europe, the Caribbean, Southeast Asia, and India.

Q:  Frank, you co-founded the Boston Blockchain Association, yet, you say that blockchain is not used in Tunnel.  Is there a reason why you feel it isn’t necessary?

A:  I have had a great interest in blockchain for a number of years, and have been directly involved in the ecosystem since 2012, including having experience with mining, trading, and investing. Tunnel’s COO, Neil Ratna, also has extensive knowledge of the space, and together, we and our CTO and Chief Architect all realized that blockchain would not have been practical for the true scale of what we wanted to develop:  A truly global real-time payments network that surpasses the gold-standard for transactions/second and is ready for the onboarding of millions, if not billions of devices all networked together for instant transactions.

Blockchain protocols have many great attributes, but scaling is not one of them – certainly not at the level that Tunnel is designed to perform. That being said, Tunnel does utilize the best features of blockchain, e.g. immutability, high-security, etc. while shedding the unattractive components:  lack of scalability, lack of speed, high cost per transaction, the high environmental impact of mining coins, etc.

Q:  What made you decide to target Africa as a region for Tunnel development?

A:  Africa represents an amazing opportunity to serve the underserved in regards to banking – both domestic and international. With much of the continent onboarding banking services for their people in today’s age of cloud-based mobile technologies, we’re seeing many parts of Africa completely skip traditional brick and mortar banking services in lieu of digital banks, mobile wallets, and services that do not require physical locations. Add into that mix the need for a truly modern remittance service that does not charge people extremely high fees for sending money overseas, and the opportunity is massive to bring online and to serve an underserved and ripe market with Tunnel’s advanced cross-currency payments network.

Africa can further come online to participate in global markets while bringing an added value of high security, ultra-scalability, and ease-of-use to a location that is rapidly emerging as one of the most valuable commerce ecosystems in the world.

Welcome to Frontrunners Innovate – Networking Magazine for Global Innovators.  This is a special short edition on the connecting points between the Coronavirus and the environment (while we are observing Earth Day 2020) to reveal thought-provoking viewpoints from around the world.  We also invited some innovators of pandemic solutions – some quite varied – to give us a glimpse into the creative world of problem-solving.  You might be surprised by how all of this connects.