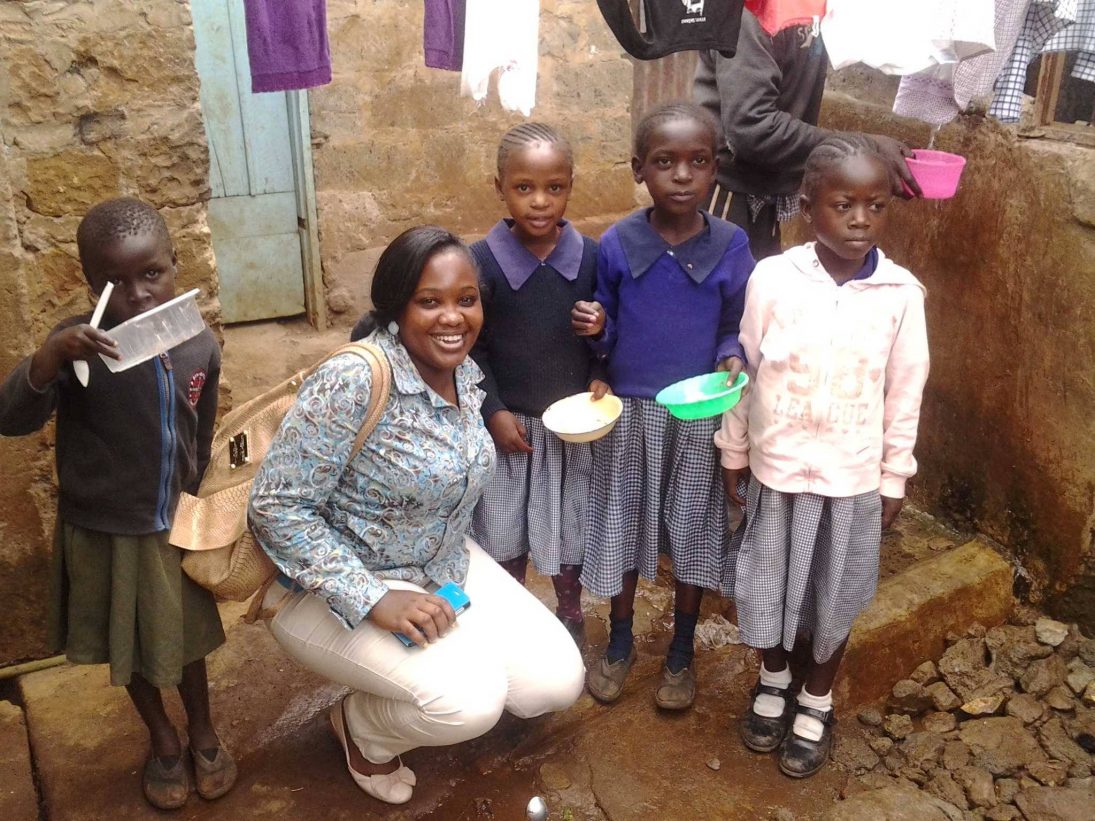 Big Impact News:  This edition produced an opportunity for The Introducer and its companion networks (The Frontrunners League of Social Impact Innovation & The Frontrunners Youth Impact League) to partner with a featured game-changer, Dr. Osita Aniemeka, to work on an issue shared by many of the game-changers featured here. Calls are being set up now to start the process toward launching a Global Youth Mentoring Program. Anyone in this edition, as well as others who have youth programs that would benefit, are welcome to connect with The Frontrunners Communications Director, Annie Moon at @anniemoon@frontrunnersleague.com to be added to the call list as we develop this program.

So, on to the networking connections we see between game-changers in this and previous editions.  (Not an exhaustive list, but, one to get you thinking of opportunities you might also see.)  Note:  where you see The Frontrunners League mentioned – that is the network of game-changers who have been featured in the magazine since its inception.  Here we go:

Winterbourne Harrison-Jones and Meghan Gardner should connect regarding mutual interest in using the arts and theatre to develop youth in a creative and very hands-on manner.  Meghan’s Wizards & Warriors STEM Camps that include culturally diverse experiences could provide an opportunity for some kind of event (whether virtual or in-person) that would be unforgettable for Winterbourne’s youth.  Also, Meghan is looking for cultural consultants and Winterbourne might be able to help with that.  We also see an opportunity for Winterbourne to be involved with the new youth mentoring program (mentioned in the first paragraph) partnership with Dr. Aniemeka.

Josephine Maina and Winterborne Harrison-Jones should connect because she mentioned in her spotlight the following as a networking interest:  “Christian organizations that would help us mentor and teach the word of God to some of our young women wounded, broken-hearted and in need of inner spiritual healing.”  Winterborne is a Pastor who works with youth and would probably light up at the opportunity to assist.  Additionally, Josephine (Kenya) and Bandita Thapa (Nepal) share very similar stories, though more than 3,000 miles separates them.  Early child marriages and lack of education for girls seem to be the mutual challenge. Bandita shared almost exactly the same problems and challenges as did Josephine in her spotlight.  Bandita says: “a girl is not allowed to stay at home, get good food, or hygiene during her monthly cycle; this sounds weird though this is a bitter fact and practices in many South Asian regions, including Nepal…Girls are forced to marriage at an early age…” They both are looking to scale their good works.  A conversation between them might reveal new ideas and a potentially interesting cross-continent collaboration.

Alejandro Gaytan and Josephine should connect as Alejandro shared in his spotlight that he has led projects to provide hygiene and care packages for girls in Kenya. Josephine mentioned in her spotlight: “We have also been able to improve levels of knowledge on sanitation and hygiene among 2,000 girls who have at one time missed school for lack of sanitary towels.”  Perhaps there could be a collaboration here that could expand that particular impact.  Alejandro and Frontrunners League Member, Godfrey Coker (featured in the 8th edition) might connect relative to Godfrey’s own leadership path from Ghana to the US – just finished med school and has worked at the UN in the San Diego area on the SDGs.  Could be another interesting networking contact.

Annemieke Tsike-Sossah and Osita most definitely need to connect as Osita meets all of her networking interests: they share a strong interest in working with refugees as well as a shared mission of helping youth to gain sustainable work paths (particularly in agriculture).  Godfrey Coker (Frontrunners League Member featured in the 8th edition) is a refugee from Sierra Leone where Annemieke is currently living and has contributed well to African programs (even creating some) to assist those in his homeland.  Godfrey is currently in the US but travels frequently to Africa.  (Note:  Godfrey was tagged in the Linkedin posting on the article about Annemieke and offered to help.  We have connected them, now.)

Fannie Delavelle should connect with Njideka Harry (featured in the 6th edition) who founded Youth for Technology Foundation, which pioneered the Digital Village Movement in Sub-Saharan Africa. Shwetal Shah is also leading the way for young women and minorities in the UK to learn about technology.  Actually, not a bad idea for Shwetal and Njideka to connect. From a more corporate perspective, connecting with and/or becoming a group member of the Women Leaders in Blockchain within The Frontrunners League would be ideal since you have skills in that space.  We’ve been facilitating monthly calls between them to info share and to bring potential opportunities their way.  (Some have met in person.)

Shwetal Shah might connect with Frontrunners League Member Mandy Manning (featured in the 9th edition)  Mandy was the US National Teacher of the Year 2018 who impressed Bill Gates — we found out about it and secured her for the magazine.  Shwetal mentioned in her networking interests: “Someone who has written a book to empower primary school students.”  I’m not sure if Mandy has written a book, but, she should. Her work with refugee children is worthy and Shwetal could glean much.

Oluwatobi “Tobi” Akinpelu and Frontrunners League Member, Osama Hashmi (featured in 4th edition) should meet as Osama has his own tech business and could help Tobi who is looking for expertise on the business side of technology.  Annemieke and Tobi might connect relative to a mutual interest in sustainable income-producing employment in Africa.  Also, Osita and Tobi should connect as they are both in Nigeria and share a concern for youth employment and mentoring.

Adewumi Mojisola (we call her Sola) wishes to meet some very specific women leaders within the UN.  The Frontrunners League does have some connections that might get her closer to those leaders, but, for this edition, we’d recommend she connect with Shwetal Shaw who is a UN Empower Women Champion and shares a mutual mission of women’s empowerment with Sola.  Shwetal has some seriously good connections that might help her.

Fannie Delavelle and Varsha Ajmera share the common bond of producing major youth events.  Varsha is Chief Operations Officer for the World Youth Summit based in Malaysia that just this year produced a large Oceans Conference.  Fannie managed the largest gathering of youth at the World Bank Group last year.  Considering that Varsha is interested in expanding her programs to include more European Union youth and that Fannie has in her background that she served as a “public policy attache at the Embassy of France in the United States for two years and worked at the European Commission on a sustainability initiative in developing countries, I think they might have a fairly rich conversation.

Varsha might connect with Frontrunners League Member, Monique Wells, of France.  Monique was featured in the 6th edition and shares an avid interest in cultural exchange programs for youth.  Her Foundation has conducted such exchanges.

Linda Calhoun has a library of role model interviews that fits just about every person working on a youth program in this edition, particularly as it pertains to young girls.  Josephine may want to connect.  Linda’s particular networking interests around women working in AI, machine learning, and robotics would fit well with Frontrunners League Member, Phaedra Boinodiris of the 6th edition.  Phaedra is also a member of our Women Leaders in Blockchain group and founded the Women in Games organization (first of its kind).  She has been working for IBM in tech, speaks regularly at conferences, and has a heart for education.

Sharzad Modeli and Annemieke might connect.  Sharzad has actually spoken to employees at IKEA in Sweden and has a viewpoint to share on youth that could be useful to the IKEA Foundation team’s efforts at planning youth programs.  Sharzad gets around with her speakingevents, hitting the young employees and developing keener understandings between age groups. Sharzad might connect with Fannie as Sharzad is interested in opportunities in the US and is looking for professionals who share her interest in impact communications, women’s empowerment, and who could connect her to further her goals.  Also, as Josephine is an awarded media professional in Kenya and has launched her own nonprofit initiative at empowering girls in her area, she might connect with Sharzad on moving her skills toward international speaking to scale her cause.

That’s it for this edition.  Feel free to post a comment on how useful you found this post and if you see an opportunity to connect for yourself.

In this edition, you’ll gain access to innovators and change agents who, through, experience, can share why and how education should change.  They know the doors that have opened to new learning because of the pandemic and they are fearlessly connecting resources, sharing next steps, and framing new student learning adventures.   Please share the link to this edition and we ask that you connect us to others you think we should know.

We are at a turning point #ForPeopleForPlanet.

JOIN millions of people and organizations everywhere to take action and demand that governments at the UN General Assembly stick to the plan during the Global Week to #ACT4SDGs. Together we can #TurnitAround! September 18-26, 2020.

As an act4sdgs partner, we ask that you click this link and register your company or organization as impacting the UNSDGs.

Click the goals your work impacts and we'll keep the counter rolling and add your company/website to our posting as Friends of SDGs through end of October, 2020.
Add your impact here

We are at a turning point #ForPeopleForPlanet. JOIN millions of people and organizations everywhere to take action and demand that governments at the UN General Assembly stick to the plan during the Global Week to #ACT4SDGs. Together we can #TurnitAround! September 18-26, 2020.
As an act4sdgs partner, we ask that you click this link and register your company or organization as impacting the UNSDGs.
Add your impact here